“Yamaha designed the new SF series especially to give the modern guitarist a new experience in sound versatility. The unique double-cutaway body design is functionally and allows your hands to move freely over 24 frets of the lightest, fastest action ever!

“String vibrations transmitted by the carefully selected woods of the body and neck are delivered as bright, sparkling tones by the newly developed Yamaha humbucking pickups; especially with the SF1000 due to its Bi-sound switch for instant push-button change from humbucking to single coil sound.”

This is the introduction to the Yamaha Super Flighter from the 1978 catalogue released during the first full year of production. Between 1977 and 1984 there were three generations of Super Flighter produced, although the first generation remains the most strongly favoured amongst players and collectors alike. The three ranges each included unique features which marked Yamaha’s consistent reputation in guitar innovation. 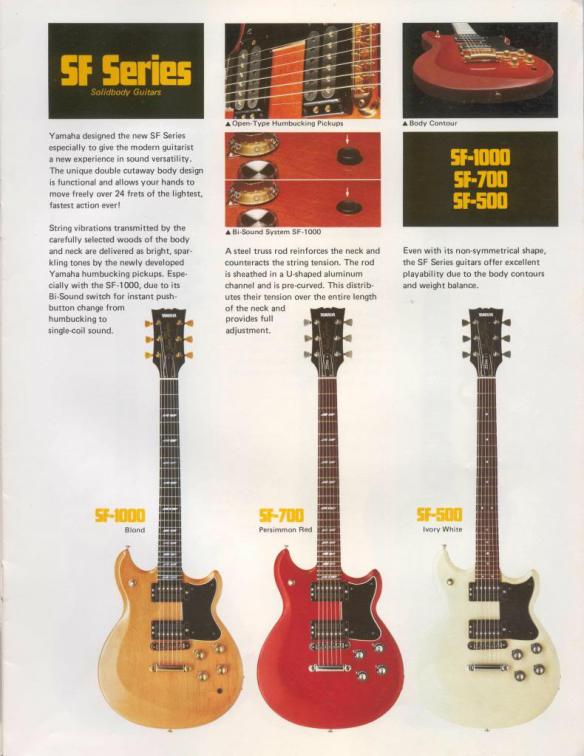